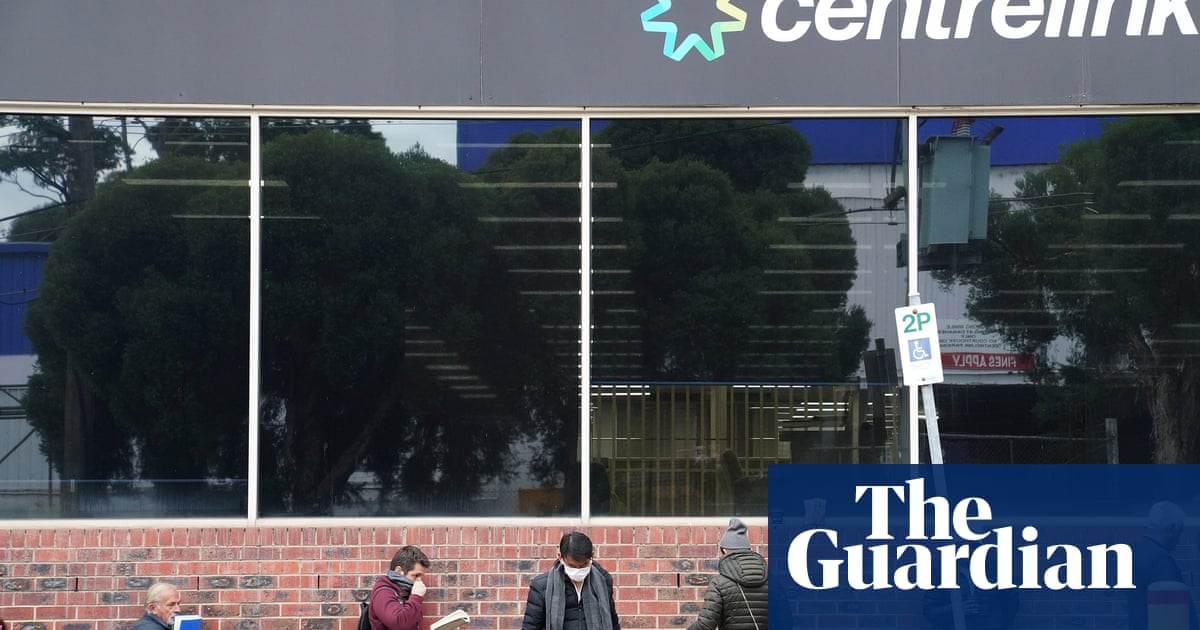 Instead, cutting the $550-a-fortnight coronavirus supplement would “harm the economic recovery and decrease both GDP and employment across Australia”, the firm said in a new report.

The planned reduction to the supplement in two weeks – before it’s removed entirely after Christmas – would reduce the size of the economy by $31.3bn and cost the equivalent of 145,000 full-time jobs over two years, Deloitte said.

The report, for the Australian Council of Social Service (Acoss), found the cut would hit hardest in already-disadvantaged remote and regional communities, as well as Covid-ravaged Victoria.

“The economy is in a deep recession, and so reducing government spending would hurt more than if the economy were in good shape,” the report said.

The Victorian premier, Daniel Andrews, said on Monday the federal government had indicated it would not delay the changes, despite lobbying and prolonged stage 4 restrictions in Melbourne.

It means from 25 September the supplement will be cut by $300, with the base rate of the jobseeker payment dropping to $815 a fortnight for about 1.5 million people.

Coalition MPs have increasingly claimed in recent weeks that the higher rate of benefits was creating a disincentive for the unemployed to take up work.

In response to reports some Western Australian businesses could not find staff, the social services minister, Anne Ruston, told the West Australian on Saturday “something clearly needs to be done” to ensure income support encouraged employment.

But Deloitte said the argument that generous benefits were a disincentive to work made little sense during periods of high unemployment.

“With large numbers of people seeking paid work competing for scarce job vacancies, higher unemployment payments are likely to have very little impact on the level of employment in the short term,” its report said.

Data reported by Guardian Australia has also found job applications have increased significantly during the pandemic.

“Incentives to work should be a consideration in setting the long run level of jobseeker [payment] … but policymakers also need to be mindful that extraordinarily high levels of unemployment will be with us for quite some time to come,” Deloitte said.

Deloitte estimates the number of people receiving the supplement would peak in December at 2.34 million when the jobless rate hits 10%, falling to 1.73 million recipients by June 2022.

While the boosted payments would not stop people taking up work, the firm said reducing income support would cost jobs through a shock to household consumption.

The economic pain would be most severe in Victoria, where an estimated 41,000 jobs were threatened by the reduction in consumption over two years, compared with 35,000 in New South Wales and 33,000 in Queensland.

“In Victoria, elevated case numbers and the extended lockdown restrictions are likely to result in higher unemployment figures than elsewhere,” the report said. “As such, the removal of the coronavirus supplement is likely to be more damaging.”

The report said already-disadvantaged areas in the Northern Territory and WA would be hardest hit at a local level.

The Acoss chief executive, Cassandra Goldie, called on the government to “extend the existing coronavirus supplement to prevent income cuts in two weeks” before legislating a permanent increase.

There were 12 people receiving the jobseeker payment for every job vacancy, while the ratio was 28 people for every position in the regions, Goldie said.

The supplement, which is set to expire in December, currently tops up income support for about 2.3 million people, including those on jobseeker, student and parenting payments.

While the government has hinted it may extend the supplement, it is yet to commit to a permanent increase to the jobseeker payment, meaning it would revert to $565 a fortnight when the supplement expires.